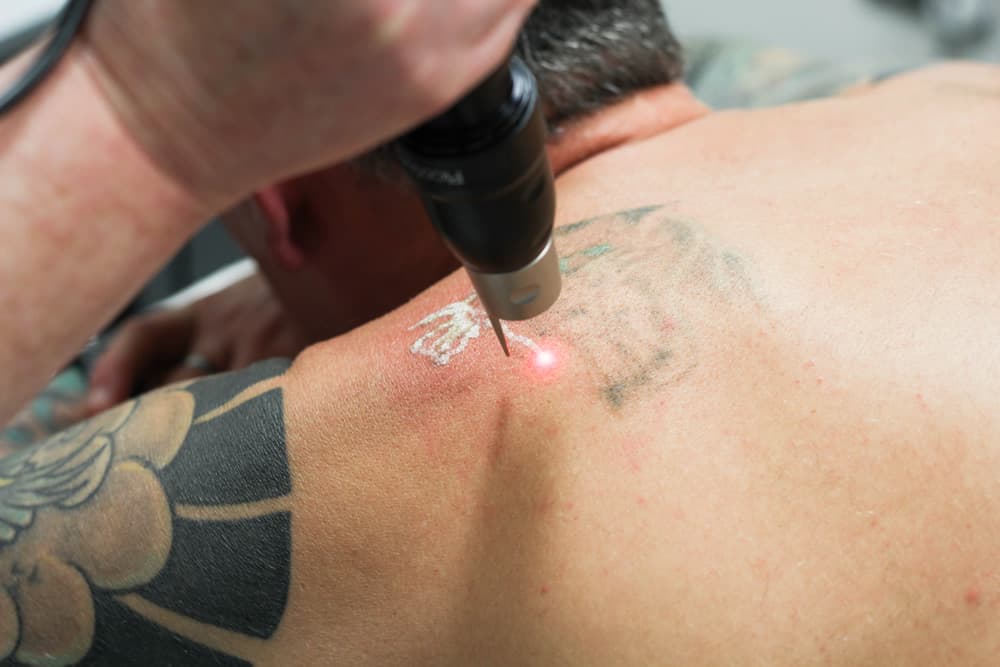 Back in November 2013 we excitedly took delivery of the PicoSure laser tattoo removal machine – one of only 4 in the UK and the only one in the north of England. Almost instantly we began to take bookings for the PicoSure treatment from all over the UK, including Ireland, Newcastle, Wales and Scotland. Now, that may sound surprising to you that people are willing to travel 100’s of miles for a laser tattoo removal treatment, but if you read the worldwide PicoSure reviews you soon begin to realise why the PicoSure machine is the market leader when it comes to removing unwanted tattoos.

Our first client Mike, came to us having already had one treatment with the RevLite laser and after hearing about the PicoSure machine, he opted for one more session with the PicoSure laser. The before and after results can be seen in the photos below. 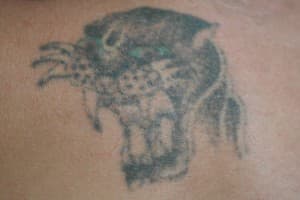 Results after one RevLite laser treatment 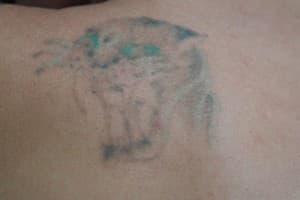 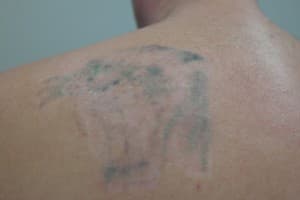 As you can see the results are quite staggering when you compare the final image to the first image. We were certainly pleased with the results but what about Mike? We asked a few questions about his tattoo removal experience and his responses may just answer a few burning questions/concerns you may have if laser tattoo removal is something you are already considering.

What was the reason for getting your tattoo removed?

“I am quite heavily tattooed, with full sleeves and a variety of other tattoos. The sleeves were created by reworking and cover-ups of ‘old school’ individual inks that dated back about 30 years. I had two, fairly large, individual tatts on my upper back which I have long wanted to get reworked, but due to their dark, dense nature and placement, I had felt that I was restricted to very dark cover ups. How ever, when I finally consulted a good tattoo artist, he advised me to consider getting some laser treatment to diminish the existing work, allowing a wider range of options for the new back piece.”

What attracted you to the PicoSure laser over other available laser treatments?

“I understood from internet research that the PicoSure method and equipment was cutting edge, and likely to produce quicker results than traditional techniques.”

What worries (if any) did you have prior to the treatment?

“None, really. Tattooing itself is fairly uncomfortable, but as I’ve had somewhere over 50 hours work, sometimes in 3-4 hour sessions, I felt it unlikely that it would be unbearable.”

How comfortable did you find the laser treatment (the actual sensation from the laser) and what did it compare to?

“It is a fairly unpleasant sensation, similar to being repeatedly snapped by a strong elastic band or bungee, but the sessions only take a few minutes on each site and are accordingly quite bearable.”

Were you satisfied with the results and would you recommend the PicoSure laser treatment to your friends?

“The results were honestly amazing, far beyond my expectations. After just 2 sessions, one of the tattoos has virtually gone, and the other (one with a lot of dark ink) is probably 65-70% removed. I am already recommending the system to friends!”

Any other thoughts, comments?

“Andrea Catton’s clinic is the ideal way to get tattoos efficiently and effectively removed. The suite is in a modern, accessible building with free parking just off a major motorway, 30 minutes from Manchester, and Andrea is very professional. She explained the procedure carefully, including what to expect after the session, and instilled confidence from the start. “

Thanks to Mike for taking the time out to answer those questions and for sharing his laser tattoo removal experience with us all.