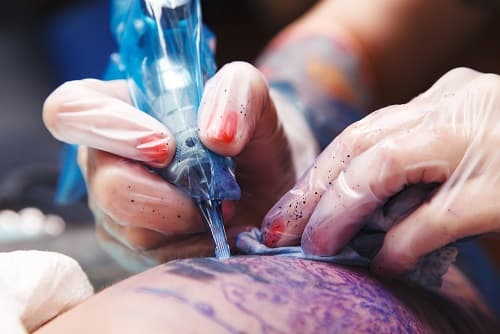 FAQ: What are the easiest and hardest tattoo ink colours to remove by laser?

Removing tattoos by laser is the most cost-effective and reliable way to go ink-free. But, even though laser technology has come a long way these past few years, certain ink colours are easier to remove than others.

Let’s take a look at the easiest and hardest ink colours to remove by laser:

The easiest colours to remove

The most difficult colours to remove

However, there are a few factors to take into consideration…

If your tattoo is full of darker coloured shading then you’re in luck. The ink isn’t as deep in the dermis and can normally be removed in just a single session with the PicoSure laser.

Darker inks, whilst normally removable in a few sessions, tend to reside far deeper in the dermis. It won’t take long for lasers to significantly fade darker inks, however, eradicating them completely will usually take more sessions and a more powerful laser.

If you have a lot of dark inks in your tattoo, then we would only recommend the PicoSure laser. This is because the PicoSure laser has a special feature known as ‘PicoSure Boost’. This feature allows the the pressure of the laser to be adjusted by changing the output energy. When the pressure is ‘cranked up’, it is easier to penetrate deep into the skin and break down ink more accurately and effectively.

Tattoos naturally fade over time. They will not completely disappear, obviously, but the colours will start to fade. As you can probably guess, the result is that older tattoos, more than a few years old, tend to be easier for lasers to remove.

Tattoos which are bright in colour and have been in place for less than a few years are a bit trickier to remove. The ink will not have started to break down quite so much as older tattoos. That being said, the PicoSure laser will still remove tattoos in fewer sessions than traditional lasers.

The RevLite ND:Yag laser for example, is better at removing black, dark blue, brown and red than it is at removing green, pale blue and yellow.

The PicoSure laser on the other hand, is excellent at removing most colours in fewer sessions, apart from red. If you have a tattoo which makes liberal use of red ink, then the RevLite laser is your best option. Here at the Andrea Catton Laser clinic, clients who have already booked treatments with our PicoSure laser, have their red ink treated with the RevLite laser at no extra cost.

Don’t just take our word for it…

A study in 2012 found that 1-2 treatment sessions with a Picosecond, 755-nm Alexandrite laser achieved at least 75% clearance of blue and green pigments, with more than two-thirds of these tattoos approaching closer to 100% clearance.

We have also achieved similar results… 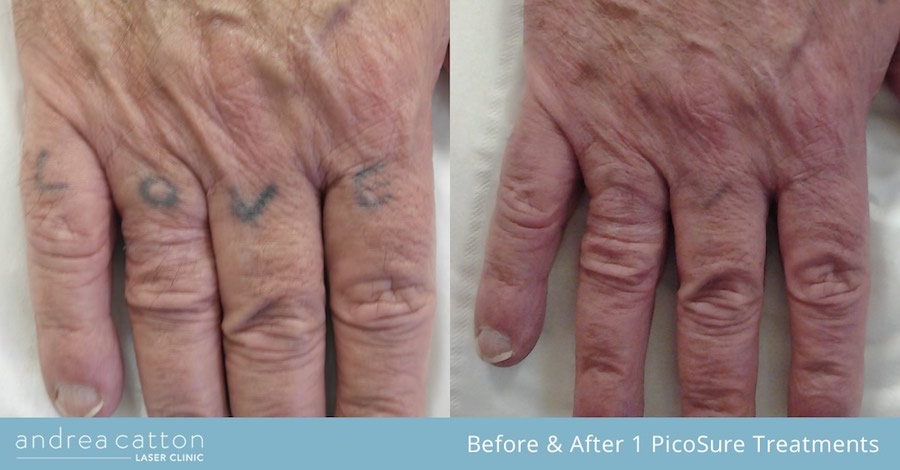 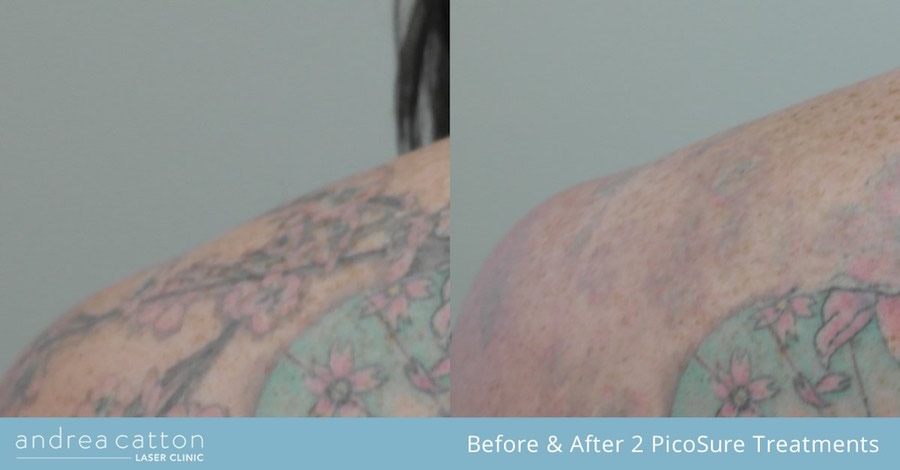 Another 2012 study also showed 75% clearance in black pigment as early as 2-4 treatment sessions. All 12 patients in the study were satisfied or extremely satisfied with the treatment.

It is worth noting that many tattoo parlours operating in the United Kingdom have their own tattoo removal laser. However, generally speaking, tattoo parlours are in the business of getting tattoos onto your body, not removing them. This means that the laser technology that these parlours have is fairly limited.

They generally have a single laser which has a fixed wavelength of 1064nm. This is only going to be suitable for removing/fading dark colours. Even then, it may take numerous sessions (10+) for the colour to start breaking down due to the limits of the lasers power. If you wish for the quickest and most effective removal of your tattoo then you should seek a professional tattoo removal clinic.