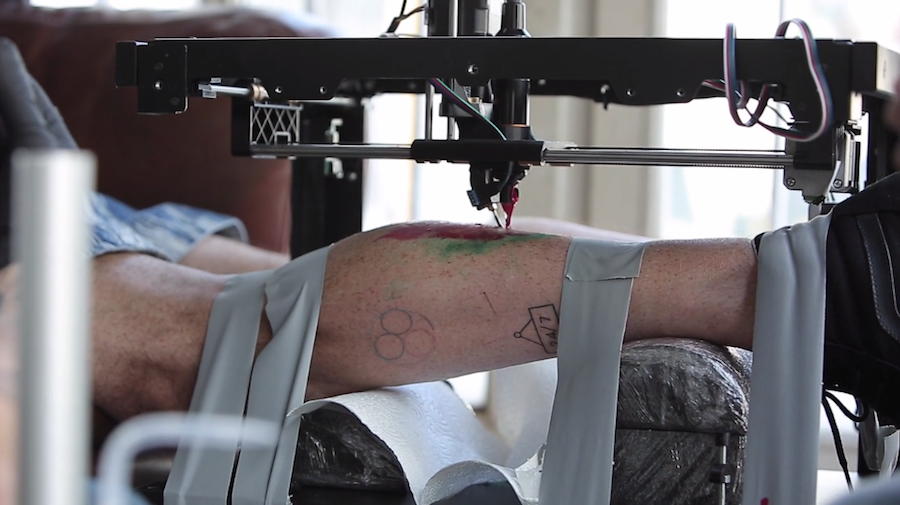 5 Weird and Wonderful Tattoo Technologies of the Future

You might be surprised to hear that Thomas Riley originally created what went on to become the modern tattoo machine in 1891, basing his device on the rotary technology of the electric engraving pen invented by Thomas Edison.

Although tattoo machines have evolved and improved ever since, the basic technology has remained the same. However, the future of body art might be quite different if these weird and wonderful tattoo technologies take off.

Even so, it is important to note that some aren’t strictly tattoos, as they don’t use ink!

In 2014, three former students from France unveiled a machine capable of tattooing computer-generated designs on willing participants via a 3D printer. This divided many in the body art community, as some rejected the idea of non-human tattooing, while others were intrigued by what it could achieve.

Known as “Tatoué” (tattooed in French), the machine is undergoing constant development, with the creators looking for partnerships in the design and technology sectors. However, it could have various applications away from body art.

For example, one designer used Tatoué to tattoo a leather iPad cover with electric circuits made of bare conductive electric ink for use as a keyboard. But the designers are more interested in assisting actual tattoo artists, despite criticism and condemnation. 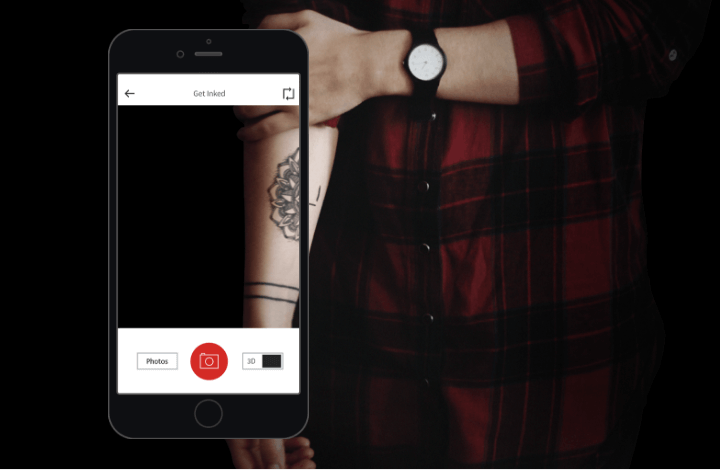 We know that unless you undergo laser removal treatment, tattoos are a lifelong commitment, which means you must carefully contemplate the design before getting ‘inked’. However, you never really know how a tattoo will look until it is a permanent fixture on your skin.

But now there is an app that helps you visualise a tattoo before going under the needle. InkHunter uses augmented reality to let you try out a variety of tattoos or even your own design.

“Our next step is to involve tattoo artists and connect them with our users – their potential clients,” notes Oleksandra Rohachova, CEO of InkHunter. “In doing so, our app will become a funnel which starts with people who are just thinking about having a tattoo.” 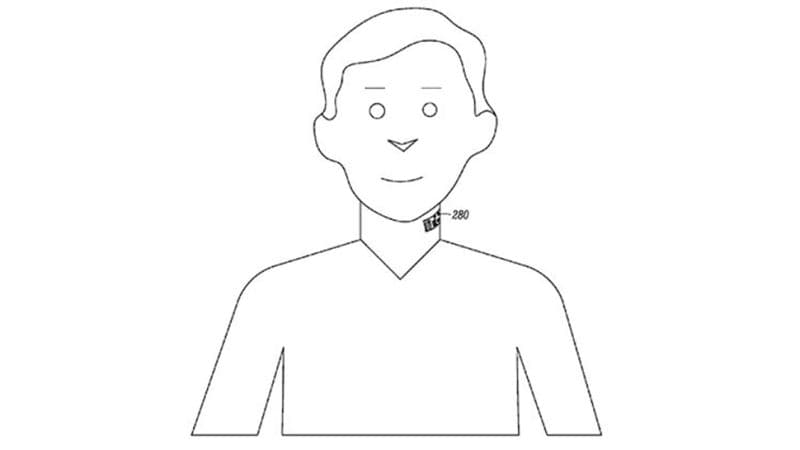 It has to be said that some tattoos are remarkable pieces of art, which deserve acclaim for their beauty. But technology giant (and Google owned) Motorola feels as though tattoos could serve an additional purpose other than just aesthetic appeal.

A couple of years ago, Motorola submitted a patent application for a neck tattoo that could also double-up as a smartphone microphone. It did not go into detail whether the “electronic skin tattoo” would be permanent though.

The patent application did however reveal that the neck tattoo would pick up sound by reading the “fluctuations of muscle or tissue in the throat” and send it to a connected device via Bluetooth or NFC technology. 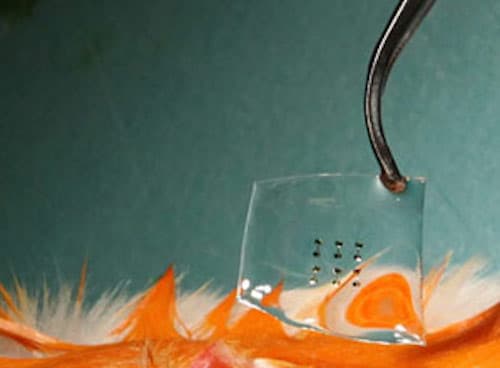 Researchers at the University of Pennsylvania are developing silicon and silk implantable devices that can sit under the skin like a tattoo. In theory, they could carry LEDs and turn your skin into a screen.

But while many will be intrigued by the idea of having interactive ink, the developers are more interested in medical applications, such as photonic tattoos that could show blood-sugar readings, or even conformable electrodes that might interface with the nervous system.

“Current medical devices are very limited by the fact that the active electronics have to be ‘canned,’ or isolated from the body, and are on rigid silicon,” says Brian Litt, associate professor of neurology and bioengineering at the University of Pennsylvania. 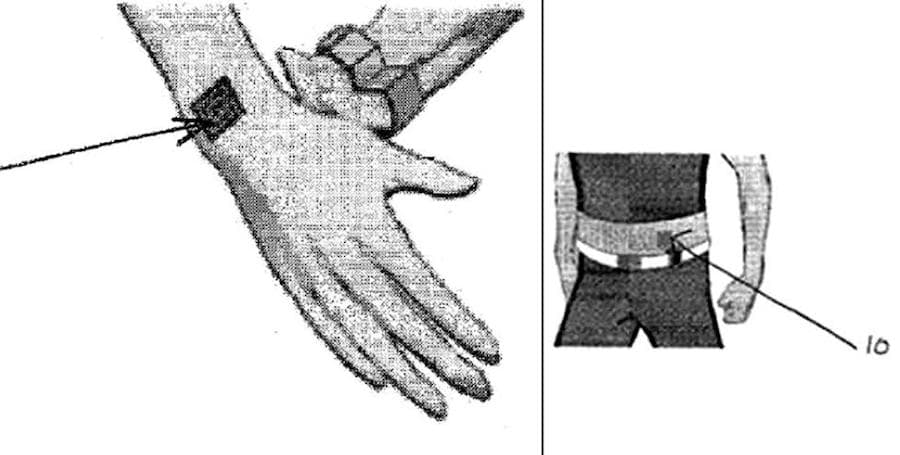 Motorola aren’t the only company that believe tattoos can be used for phone-related purposes. Nokia has also submitted a tattoo-based patent; only this time it involves a magnet that tingles when your phone rings.

The tattoo would be enriched with metallic compounds that will be demagnetised before embedded in the skin. When healed, the ink will be re-magnetized and thus sensitive to magnetic pulses, which could be emitted by a phone.

“All the mobile phone companies have R&D labs that look very far into the future,” reveals Ian Fogg, analyst for IHS Screen Digest. “Typically, these patents are coming out of the longer-term development programs. Any practical applications may still be years off.”

So, would you want to get any of these “tattoos” in the future? As opposed to ink, it seems as though some of these technologies would require surgery rather than laser treatment to get rid of.