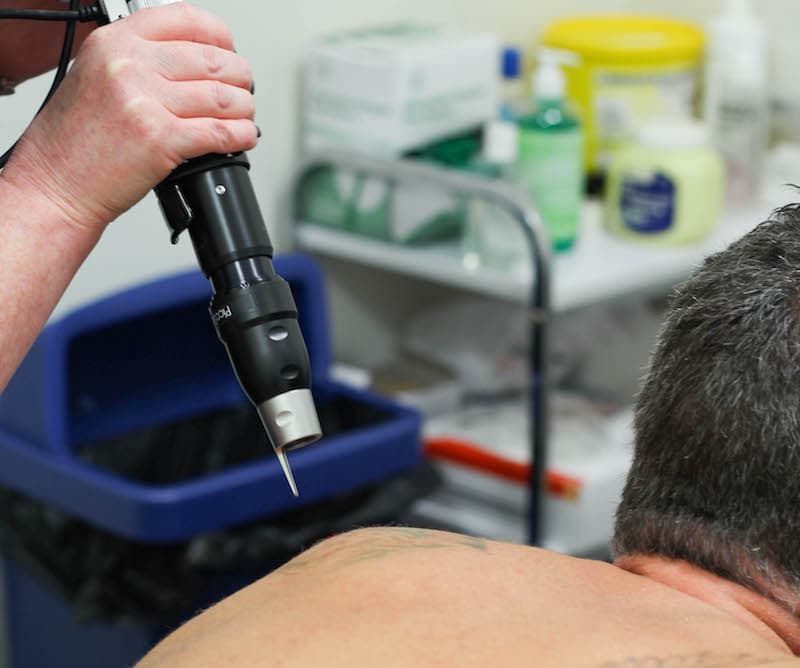 If you have got an ugly, unsightly or undesirable tattoo that you no longer want, there are two main options. The first is to get a professional cover-up, which often means getting a larger and darker tattoo. The second is laser tattoo removal, which has the potential to completely remove ink from your skin in as little as 4-6 sessions.

But while the prospect of scarring is preferable than the original tattoo for some people, this is still far from ideal. However, recent research suggests that the latest laser technology doesn’t even cause scarring anyway.

In a blog post last year, we looked at seven studies that examined the effectiveness of the PicoSure laser, which is officially the fastest tattoo removal device in the world. Each and every one of these studies found that it was safer and more effective than any other kind of treatment. But what about scarring?

Medical opinion on the risk of scarring

In addition to clinical reports and scientific studies, medical professionals are also on hand to offer reassurances about scaring from laser removal treatment. A user on Realself, which allows anyone to pose medical treatment questions to a community of doctors, asked: “When getting the laser removal for tattoos, does it leave a scar and will it get rid of the tattoo completely?”

Michele S. Green, a New York dermatologist, answered: “The process of tattoo removal is a unique process where the individual colours are removed based on the unique colours of the different ink. If the correct settings and lasers are used there should be no scar to remove the tattoo completely.”

Tomas McFadden, a plastic surgeon from Greenville, also had some interesting advice. “Try and find a board certified physician that has a PicoSure laser,” he said. “Chances are you’ll need fewer treatments, with less risk of scarring.”

Even though scarring is rare and only occurs in less than two per cent of cases, PicoSure must include this as a possible side effect with its laser removal treatment.

Prior to your treatment session, our staff will consider your skin type and ask whether you have any history of scarring. Test spots also enable us to determine the most efficacious and safest treatment for each patient.

For clients with darker skin types we use the RevLite laser as this laser is capable of delivering a 1064 nm wavelength, which is near-infrared light (invisible to humans) and poorly absorbed by melanin, making this the preferred laser suitable for darker skin.

Keloid scars, which are raised, thickened areas of skin can also appear up to 3-6 months after treatment, but again these are very rare.

Reducing the chances of scarring

Laser tattoo removal might not cause scarring in the first instance, but it can result in blisters and scabs, which is simply a sign that your body has started the healing process. As you are no doubt aware, picking at or peeling off scabs can increase the risk of scarring and infection, so try to avoid this.

To minimise the chances of scarring, you can attempt to boost your body’s immune system, as this will help the process of pigment elimination and skin repair. After treatment, remember to drink plenty of water, get plenty of sleep, and if you smoke cigarettes, try to give up!

Avoiding direct exposure to the sun can also help, as ultraviolet radiation harms your skin pigmentation, increasing the risk of scarring due to greater sensitivity.