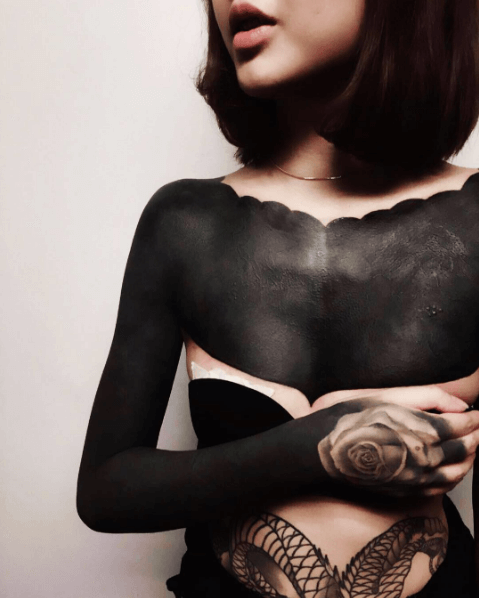 Tattoo trends. They come and they go.

Remember when every teenage girl wanted a lower back tattoo? Well, these tattoos now have the unfortunate moniker of ‘tramp stamp’. It’s an unfair name for sure, but it’s also a perfect example of how fast tattoo trends can get old.

Thankfully, this year we haven’t seen any tattoos earn an unfortunate nickname, although some trends are certainly more questionable than others. So without further ado, let’s take a look at what’s catching on this year in the world of tattoos and ink:

People have been having tattoos inked onto their ribs for over a century. However, this area of the body is particularly sensitive so in the past most people have opted for a more common placement such as on the stomach or the lower back – but this is no longer proving to be the case, with rib tattoos experiencing high demand through 2016.

It’s mostly women who are having them done, if we take Pinterest’s search results at face value (9 in 10 image results for ‘rib tattoos’ are of women’s tattoos). And it’s easy to see why this area of the body is a hot spot right now – it lies between the breast area and the hips so it is a personal area. The right tattoo here can accentuate the female form and look utterly spectacular. It’s also a fairly large area so no design is off limits.

Those of you who are tempted by a tattoo here should remember that this area of the body is mostly bone – so it’s going to hurt more than a tattoo on your arm or leg.

Tattoos on the lower leg, such as on the calf and on the ankle, are common among both sexes. But thigh tattoos? These are a lot rarer. 2016 has seen a surge in demand for thigh tattoos however and particularly so with women. Floral tattoos are undoubtedly the most in demand, however colourful birds such as parrots and peacocks are too.

The thigh is a large area of the body ideally suited to tattoo placement – the large blank canvas it offers up is ideal for those who want something truly unique. Because most people have two legs you can also ‘double up’ and get two designs. It’s also an area of the body which is easily covered up so it shouldn’t impact one’s ability to get a job or their place within a professional environment. All of which bodes well for those with such concerns.

We have also seen a surge in demand for tattoos on the breast bone which open out onto the stomach. And in a truly selfless act, some breast cancer survivors have tattoos on their breasts to represent their struggle. Regardless of the reasons behind getting a tattoo in this area, though, there’s no denying its impact. Breast tattoos stand out so they are the best place to get a tattoo if you want to make a statement.

Most breast tattoos are floral or have butterflies or birds in their design. Through 2016, we have also seen more anime-based tattoos inspired by Japanese art (such as this one).

Most tattoos are 2-dimensional. In fact, most art is. 3D tattoos can be described as tattoos which have a greater level of depth than 2D tattoos so they ‘pop’ off the skin. This is achieved through the use of shading and shadows. A good 3D tattoo will appear as though it sits on top of the body, inside the body or is part of the body.

3D tattoos first gained mainstream popularity in 2012 although specialist artists have been drawing them for several years. The skill required to create a 3D tattoo is very different to the skill required to draw a regular tattoo. It takes a lot of practice to be able to draw the shades and shadows that make a tattoo look 3-dimensional.

Like their 2-dimensional brethren, 3D tattoos can be applied to any area of the body. The most popular areas of the body for 3D tattoos are the lower arm, lower leg and back. Some of the finest tattoos we have seen include this 3D wristwatch tattoo and this 3D baby tattoo. You’d have to look twice to realise these were tattoos, which is the whole point.

Perhaps the most polarising tattoo trend on our list, blackout tattoos have received some serious news coverage this year from the likes of the Daily Mail and The Sun.

Blackout tattoos are essentially tattoos which cover large areas of the body in black ink; it is thought that they were first used to cover up unwanted tattoos but this year they have become a design in their own right. To qualify for ‘blackout’ status, the tattoo must not have any skin showing at all in its design nor should it have any colour. However, you can break up the design by leaving a little skin bare in symmetrical lines such as this man has done.

Inking a blackout tattoo is a very painful process for the customer and a painstaking process for the artist. It can take anywhere from a few hours to over a hundred hours to create one. It goes without saying also that tattoo removal under the circumstances would require tens of thousands of pounds worth’ of laser treatment. So, they are not for the fainthearted.

‘Stick and poke’ refers to a tattoo process in which somebody – usually at home with a DIY kit – uses a sharp needle with a little ink on it to pierce the skin and create a tattoo. The kits can be purchased online for around £40 and they certainly work, however health experts have raised concerns about the risks of blood-borne disease. The key concern is that people at home will not disinfect their equipment properly and could spread disease. So, the advice from experts is to have a stick and poke tattoo created by a professional.

If you are tempted by stick and poke tattoos, we must stress the importance of keeping your equipment clean. We recommend you replace needles after each use and only use individually-packed sterilised needles. Or, go to a professional to be as safe as possible.