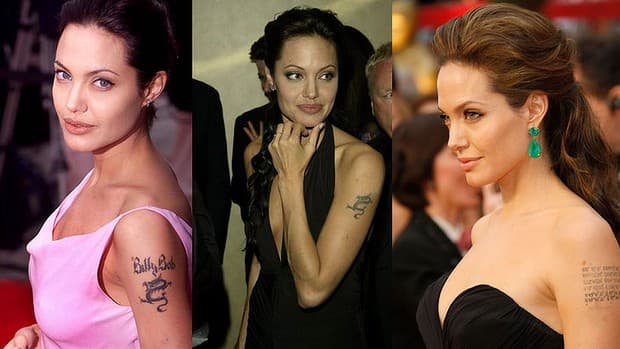 Getting a tattoo might seem like a life-long commitment, but the good news is that it doesn’t have to be. Laser tattoo removal is the preferred option for those who want to be rid of their body art – and with good reason. It is a relatively quick and safe procedure that will leave your skin tattoo-free.

We’ve put together a list of facts about laser tattoo removal you might not have been aware of, and that might encourage you to give it a go yourself.

1. Tattoos don’t go as deep as you think

Most people think that tattoo ink seeps deep into their skin, but in reality, it only penetrates into the dermis layer, just beneath the epidermis. This is deep enough that the appearance of the tattoo won’t be affected if your skin (epidermis) flakes.

2. The rest of your skin will be protected

Some people fear laser tattoo removal because they’re worried about the effect it will have on their skin. The way the lasers work is by targeting the pigment that has been injected into your skin, before breaking it up into tiny particles.

Your immune system will remove the colouring for you, and the areas surrounding the tattoo will be unaffected. The lasers are so intense and specific that they only target the necessary areas, so you don’t have to be concerned about other parts of your body.

Make sure you find a reputable and experienced laser tattoo removal company with a proven track record. This way, you can rest assured that your treatment is being carried out in a way that is safe and will keep side-effects to a minimum.

3. Some colours are easier to remove than others

You might think that all tattoo ink is created equal – and this is true until you try to have your design removed. Generally speaking, some colours are easier to shift than others, with black, brown, green and dark blue usually at the simpler end of the spectrum.

This isn’t to say that other colours such as red, orange and yellow can’t be removed; just that the laser tattoo removal process might take a little longer.

If you want proof of just how popular laser tattoo removal is, then you just have to look at the long line of celebrities. From failed relationships to poor judgement during their teenage years, there are plenty of household names who have lived to regret their choice of body art.

Eva Longoria and Britney Spears, 50 Cent and Mark Wahlberg are among the famous faces who have opted to have their tattoos removed over recent years.

Perhaps one of the biggest names to undergo the procedure is Angelina Jolie, who was only too keen to have her ex-husband’s name removed from her arm. Her Billy Bob inscription was subject to laser treatment and has since been replaced with new ink plotting the coordinates of her family’s birthplaces.

Many people put off having their tattoos removed because they imagine it will take hours to complete. In reality, the procedure is quick and can be over in just a matter of minutes, depending on the size and position of the body art.

You will need to return for follow-up treatments as your skin and immune system need sufficient time to discard the pigment particles.

Here at Andrea Catton, we’ve invested in the world’s fastest laser tattoo removal device, known as PicoSure. PicoSure has been proven to offer excellent tattoo clearance. In trials, tattoo clearance of greater than 75% was achieved in 75% of patients within three to four treatments [study] using PicoSure.